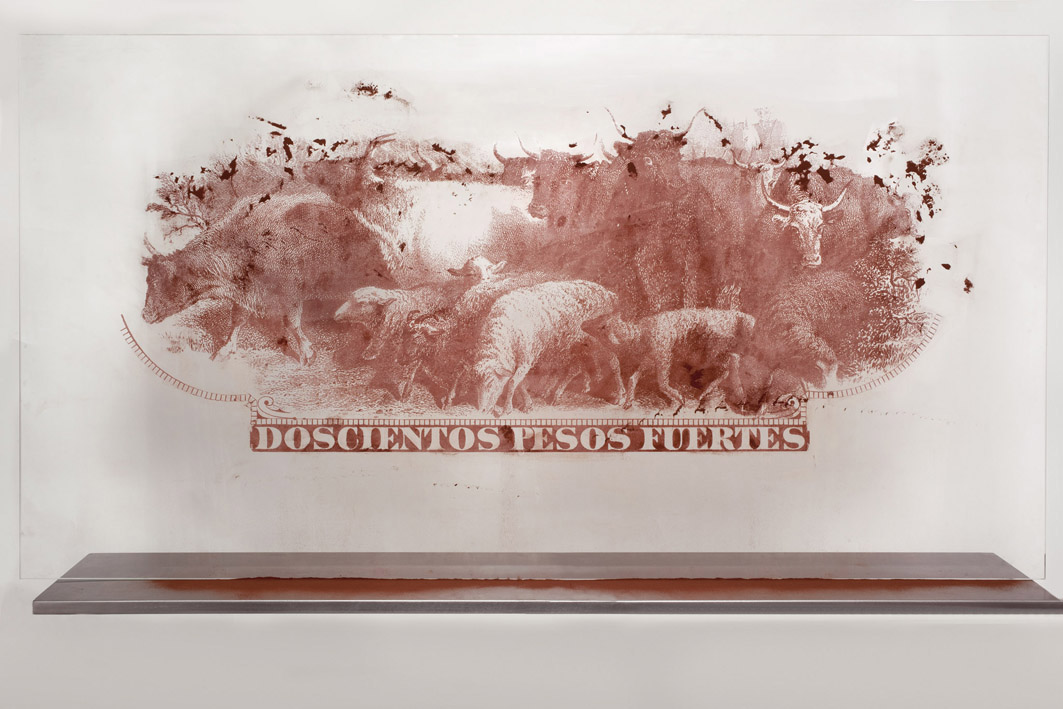 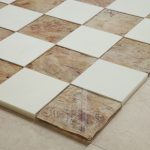 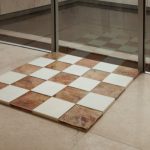 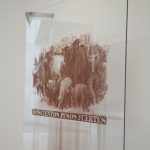 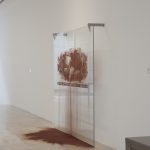 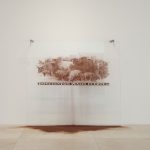 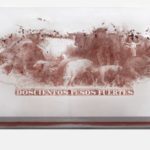 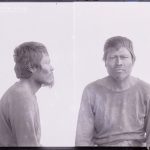 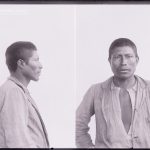 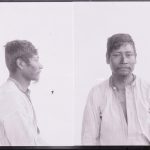 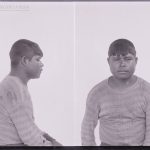 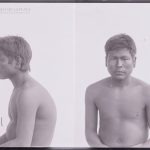 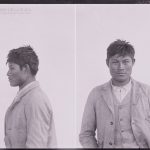 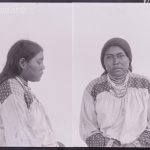 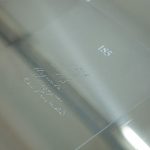 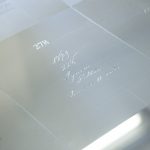 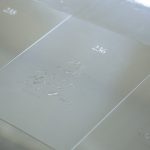 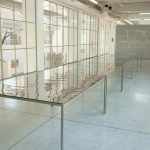 Cristina Piffer works offers a reflextion over the existing tensions between the official discourse and the silenced voices of those protagonists from different episodes of nineteenth-century Argentine history: the confrontations between Unitarians and Federals, the organization and constitution of the national State and the processes of concentration of the ownership of the productive lands, after the indigenous genocide during the Conquest of the Desert. At the same time, Piffer questions the meaning that official history has given to categories such as identity, homeland and nation.

In her works, the artist make use of various organic materials such as grease, meat, animal viscera and dehydrated blood powder, sealed in acrylic plates and exhibited in aseptic countertops fixed with bolts and steel hooks. In that sense, the organic materials employed by the artist work as a disturbing metaphor for the erased bodies in history.

Cristina Piffer, obeteined her degree in Architecture from Buenos Aires National University. In 2001 she received the Subsidy from the Fondo Nacional de las Artes, Buenos Aires, Argentina. In 1998, the project La Cruz del Sur, with Hugo Vidal and Claudia Contreras, was pre-selected for the Memorial Park in Buenos Aires. Towards 2003 she participated in a public art project in San Juan de Puerto Rico. The following year she was summoned by First View for the cultural exchange program Dialogues Berlin-Buenos Aires, to carry out an urban intervention in Germany. In 2004, alongside with Hugo Vidal, she made and outstaning documentation projects and actions bout The Center for Documentation and Research of the Left Culture of Argentina (CeDinCi).

Piffer participated in the II Biennial of Bahía Blanca (1997), in the III Ibero- American Biennial of Peru (2002) and in the Biennial of San Pablo-Valencia, Valencia, Spain (2007) among others. She won the Artist of the Year Award, Art Critics Association (2002) and the Honor Diploma, objects category, Konex Awards, (2002), among others. Piffer live and work in Buenos Aires.